Martin put out the shout for riding my L-L-L Permanent this Sunday so I decided to sign on along with Sridhar, John O., and Tim (see Martin's ride report). We all stayed together through the first two controls, but as the heat and hills piled on, we split into two groups. Tim, John O. and I spent the rest of the ride together, finishing in a little over 11 and a half hours.
You know what they say about the weather in North Carolina -- if you don't like it, stick around a bit, it'll change. And boy did it change. The day started off warm and humid and steadily got warmer throughout the day, topping out in the mid to upper 90's. By late afternoon, pop-up thunderstorms were unleashing their fury on us.

Overall, it was a tough day in the saddle with some weather extremes, but I sure enjoyed the company and the ride. Here's a few snap shots I took along the way: 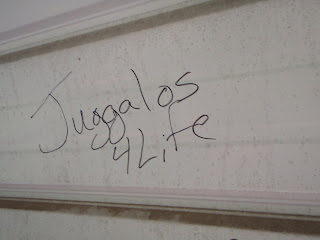 Keeping it real in Red Mill. 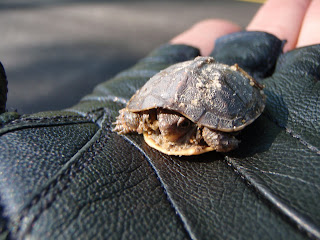 I have a bit of a soft spot for turtles and helped several of them across the road on Sunday. I found this little fella -- barely bigger than a quarter -- on Stagville Rd. Undoubtedly the smallest turtle I've ever seen. 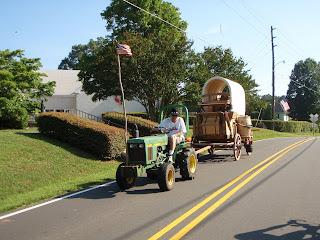 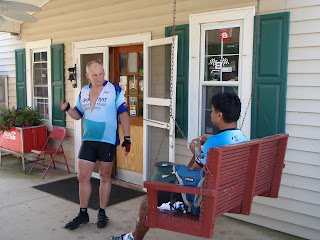 Martin spins a yarn while Sridhar relaxes at Hollow Ridge Grocery. This has to be one of my favorite control stores -- a nice shady area at the front as well as a big porch out back -- not to mention a good selection of munchies and sodas. 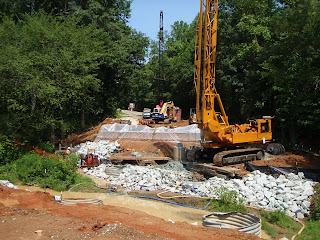 Ummmm, the bridge is still out on Charlie Long Rd. -- time to change the cue sheet, this one is going to be out for a while. 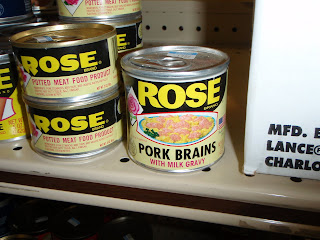 A sampling of the local fare at the turn-around control in Leasburg. This one is for you, Adrian. 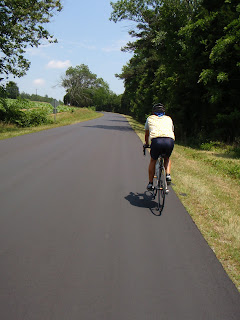 The freshly re-paved section on Hester Store Rd. turned the heat up a couple of notches. 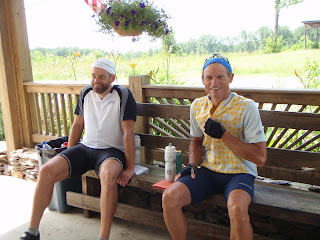 Tim and John O. relax at Hollow Ridge Grocery. By the time we got there in the afternoon, the heat and humidity were stifling -- no sign of rain in sight. 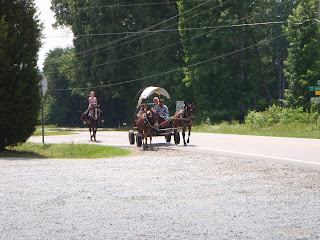 And while we were cooling down, up rolls this contraption. 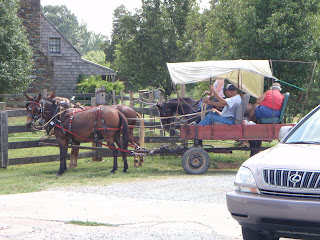 Something tells me, this might be their "daily driver". 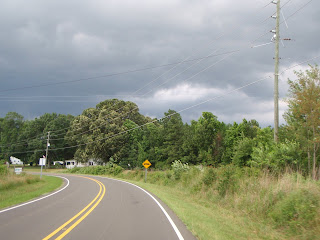 About 3~4 miles outside of Bahama, John noticed some thunder clouds starting to form behind us -- by the time we reached Bahama, the sky was angry-purple and the wind was really starting to whip up. We ended up taking refuge in a store until we though the worst of the storm had blown over. As we rolled down Stagville, Rd., the light mist turned into a torrential downpour -- it felt wonderful after baking in the sun all day. The rain followed us all the way in to the finish.
Posted by -b at 06:35 1 comment: